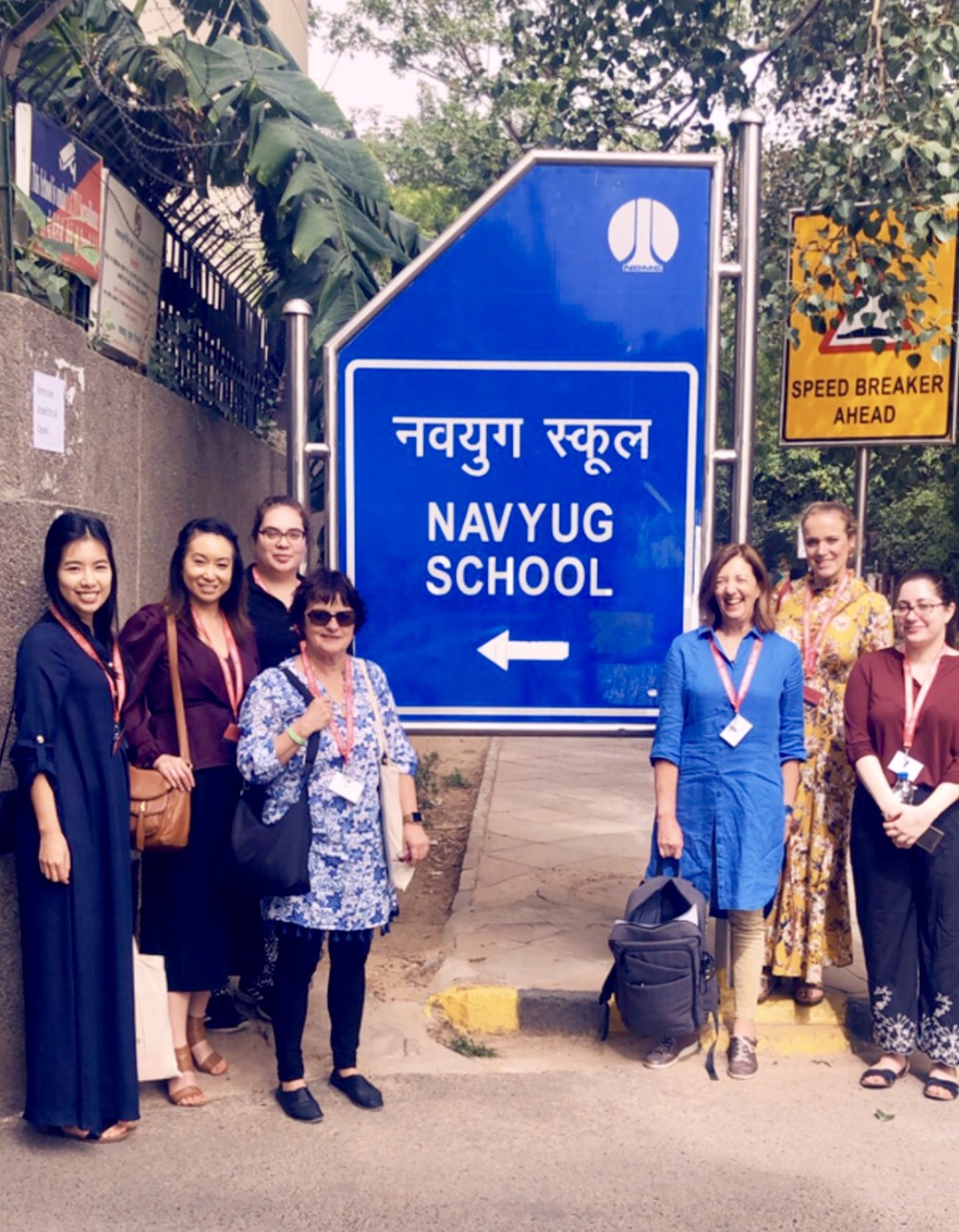 Breakfast this morning was a hive of activity, with people borrowing paper, writing up learning intentions for their lessons and drawing pictures for anchor charts. This was the day we were team teaching with our class teachers and Australian colleagues. We were pumped!

The bus ride seemed a bit slower again this morning, or was it that we were feeling super keen to start and it just felt to be taking a longer time?

The children and our teacher were pleased to see us. The classroom had been rearranged to allow for more conversations to happen and the students’ eyes were sparkling with anticipation.

Even with the desks reorganised there was barely enough room for all thirty-nine students to sit on the floor and participate in the shared reading of the text ‘Hide and Seek’ by Anthony Browne. The students did well in the restricted space for their ‘think, pair, share’ activities. They looked as though they enjoyed sharing their thoughts with each other and almost all who were asked could repeat what their partner had said.

There was a grassy courtyard outside so we took the students here to have more space to move and create their scenes from the stories with ‘freeze frames’. All three teachers modeled the activity for the students, who were then put into groups of four to create a scene from the picture they were given.

The students had one minute to talk together, one minute to plan and then several seconds to construct their scenes. The teachers then went around to each group and asked all the students how each character they were portraying was feeling and why. The vocabulary was accurate and some of the sentiments were well justified. We encouraged them to reply using compound sentences. One boy was lying flat like a river. He felt ‘fear’ because of the dark trees around him.

Back in the classroom most of the groups had a chance to show the rest of the class their ‘freeze frame’. We asked them the same questions, how they were feeling and why, and recorded their responses. We were able to stretch some of their responses to less ordinary words. The trees that felt tall and strong were encouraged to say that they felt ‘confident’ and the children who found each other and said that they were ‘glad’ were also introduced to the word ‘relieved’ with the action of wiping the brow.

Once all the words were collected, the children were asked to choose the word for the worst feeling. They voted for ‘fearful’. Their favourite feeling was ‘joyful’. At this point we ran out of time and left the lesson materials and ideas for follow up with the teacher.

We all met with Annette Udall, our Instructional Learning Rounds coach and designer, and she asked the three classroom teachers what they had learnt and benefited from.

We were so pleased to hear that all our ‘I wonder’ statements from the first observations came up in the teachers’ descriptions of their learning. Our teacher expressed that she had observed that we had stretched the students with challenging tasks and that they had risen to the occasion.

The goodbyes were difficult but thanks to modern communication we will keep in touch, sharing ideas, knowledge and news. It will be exciting if the students from our schools can form friendships across the globe as well.