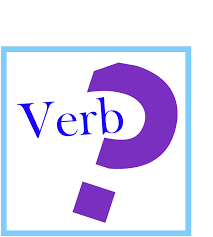 Looking at a diagram like the one above can be a little off-putting for someone not schooled in the particulars of traditional ‘Grammar’. But since Jo Rossbridge has told me, in our PETAA ‘Grammar and Teaching’ course that my main aim is to identify the verbs or their groups and then work out their purpose, they don’t scare me quite as much. I don’t have to give them all their fancy titles – nor do I have to pretend I’m a linguist and even better news, neither do my EAL/D students.

We learnt this week that the function of the verb is to tell about the processes. The verb is the central event because it tells us what is going on. It represents the experience. So, if the purpose of using grammar is to make meaning in context… then knowing that this particular part of the writing, the verb, is telling me what is being said, thought or done enables me to work out the rest of the scenario. I can ask who the actors are (the nouns – noun groups) and pose questions about the circumstances (the adverbials – verb groups).

Another little tip – that you may think is glaringly obvious – if you count the verbs this tells you how many clauses there are in a piece of writing. But be careful! A verb and its auxiliary verbs (helpers) is still one verb. For example …

The sausage sizzled on the barbecue.  Sizzled is the main verb.

The sausage was sizzling on the barbecue. Was sizzling is still one verb.

So how do we apply this knowledge? Why do we need to identify and teach verbs and clauses? After all, haven’t most of us gone through our writing lives without all this particular knowledge. Yes we have, but many of us also grew up in homes where English was the first language and we probably were ‘readers’ who unconsciously used rich texts as our models for literacy. Many of our students have not

Once we have identified the verbs, which helps to find the clauses, we are then able to establish the type of clause and the meaning it is making. Every clause makes three kinds of meaning at once; The verb group tells what is going on (the field), the noun groups tell us who or what is involved (the tenor), the adverbs or adverbial phrases and clauses help to organise the message to make sense (the mode).

Clauses can be fun to explore. During our daily reading and writing activities the students can be guided through finding clauses, changing them, pulling them apart and moving them around to prove to themselves how much impact this group of words has in different contexts.

How we combine clauses using conjunctions and connectives needs to be carefully taught as well. So many of my EALD learners fail to communicate what they are really trying to say because they only know and use and or so where words like also, in addition, furthermore, therefore, though, despite would be better choices for linking their ideas.

Encouraging our students to embed clauses beginning with  relative pronouns after the nouns or noun groups also helps our students to communicate more clearly to their audience. Inserting pronouns like who, that, which can give writing those extra details and change the whole picture that the reader might have had in their mind.

We can explicitly teach this when we are jointly constructing a piece of writing or when we are editing our students work with them. Jo demonstrated this by showing us a piece of writing from a year 3 student. In small groups of two or three we had to choose a genre – romance, fantasy, science fiction, reality.  Jo inserted who, as and left spaces after nouns for us to add our own dependent clauses. The same little piece of writing was transformed into some steamy romances, works of science fiction and a soap opera. It was a memorable example of the power of the clauses and how they are combined  and positioned to develop ideas within a text. I can’t wait to try this with a few of my stage 2 classes. Jo Rossbridge and Kathy Rushton explain this in detail in one of our course texts, Conversations About Text 1 which is a PETAA publication.

So why is this important? We have to move our students on from writing as they speak. When we write we don’t have the advantage of using gestures, intonation or shared context. If our students are to communicate meaningfully through writing they need to be explicitly taught how written texts work. We need to have these targeted conversations about what works best when writing and why and we need to have the metalanguage of the processes (verbs, clauses, conjunctions and connectives) in order to do so.